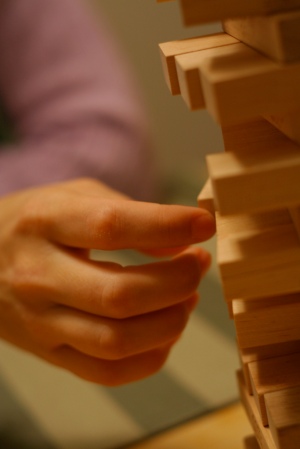 One quality of human societies is that we shape our environment to fit our needs. Sometimes we do this intentionally, such as when we clear land for agriculture or human occupation. Sometimes we do it as a byproduct of our actions, such as greenhouse gas emissions leading to runaway warming of the global climate. In the past, human societies have endured, or collapsed, or adapted, depending on how much their environment could withstand change.

I think this begs the question, how resilient is our global ecosystem? How much can it handle? What are the limits?

Those with a narrower view tend to dismiss environmental concerns as frivolous, uneconomical, or overblown. The earth has always carried on, they sometimes argue, and even if it doesn’t, we can invent technologies to replace and improve on anything an ecosystem can do. Yet I wonder.

Ecosystems around the world have evolved to be both diverse and redundant, with animals and plants and insects and microbes all functioning together to support the system. Most of that diversity and redundancy is structural—the evolution of an ecosystem, like the evolution of any given species, does not tend to generate and maintain traits with no purpose. I don’t mean that an ecosystem is designed with a place for everything and everything in its place, but rather that diversity and redundancy in a natural system are present because regular stress on the system requires them. They are buffers that protect the system from failure.

From the human perspective, redundancy is usually perceived as an abundance of parts—a river full of salmon, a forest full of old growth trees, a sky full of passenger pigeons. This leaves us with the comforting sense that however many we take away, there are more than enough; the system will not falter.

That can be true on a small scale, but global human society does not act on the small scale. We have an economic engine dedicated to mobilizing resources, and it is very good at it. If a resource is found, there is an effectively unending line of people ready to use it and transform it into human economic capital. But that engine is very bad at asking questions of stability; if a resource is abundant, we use it rapidly and heavily without concern for the broader system. That old individual view, that taking a few doesn’t matter, seems to have evolved into the idea that natural systems can be processed and repurposed by humans without consequences.

Unfortunately, the data says otherwise. The declining biodiversity of forests and the strangled flow of major rivers are examples of what happens to natural systems when their natural buffers are carted off for human purposes. Current complex systems science shows us that the natural systems we rely on are being driven to the edge of catastrophic failure. Ecologists and complex system scientists call this “overshoot,” a state in which the key ecological foundations of a system are exploited much faster than they can regenerate.

Put more simply, we are playing ecological Jenga. Globally, systematically, we are stealing away the foundations of critical natural systems to build a human superstructure on top. Yet questions about that same foundation receive more derision than consideration; with a curious bootstrapping logic, we convince ourselves that the titanic edifice of human society is unsinkable.

That ideological position is so much stranger in the face of the evidence. We have known for some time that we are drawing down natural capital much faster than the rate of replenishment. In the U.S., California is a poster child for depletion of water. In Canada, Alberta is scraping off their largest intact natural forest to dig up tar sands. In the tropics, slash-and-burn agriculture is depleting nutrient-rich topsoil that took thousands of years to form.

As we busily remove the redundancy of natural systems that sustain us, the growing specter of climate change looms large. We are carefully pulling bricks from the base of our tower, scarcely noticing the wind of change ruffling our shirtsleeves. Systems evolved redundancy to cope with stressors, and the biggest stressor for an ecosystem is a changing climate.

The science shows us that we can’t continue the game into perpetuity. Natural systems will reach points of change; many already are. Many already have. Some have collapsed.

So let’s hear it for human ingenuity, and let’s fix it. But I have a sneaking suspicion that ingenuity isn’t our problem now. We’re plenty ingenious. What we’re not, is honest.