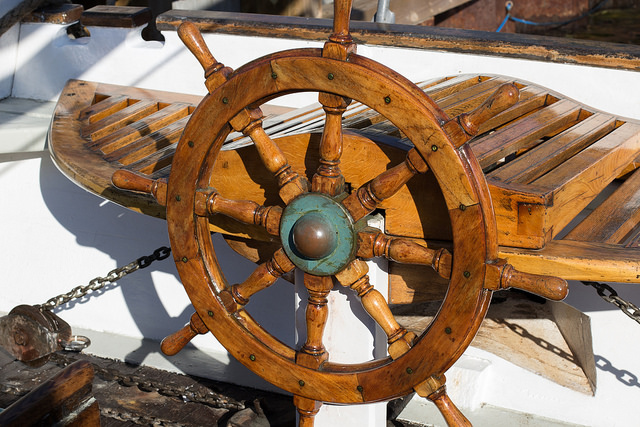 Yet I do see the need, at times, to make things work as they are, without pulling too hard on the loose threads. Not everything has time to be unraveled first. These are moments when forward progress and future ideals come into conflict, and those moments of exigency need collective, collaborative action. There isn’t time to come up with something better—we have a thing that will mostly work, and that is good enough for now.

The conflict appears, for me, because people seldom seem to agree on which time it is. Is this a crisis, where we need to settle for good enough just to make it to the next step? Or is this normal life, when we need to improve our beliefs, behavior, and practice, ask the hard questions, and make things better?

I think anything can become a crisis, if we let it. And if we let it often enough, we bounce from crisis to crisis and never take the time to grow.

So, I also think anything can be an opportunity to do better, if we allow it. We’re going to fail at it lots of the time anyway, so why not make improvement the default? Why not reinvent the wheel every time? Worst case scenario, we have to slow down and think about the choices we make. Best case scenario, we get a better wheel.

So I’ve tried to compromise. I grab hold of the wheel now, but only for one turn at a time. Then it’s time to look at the pieces again and ask, is this really good enough? Can this be better? I think, probably, it can.