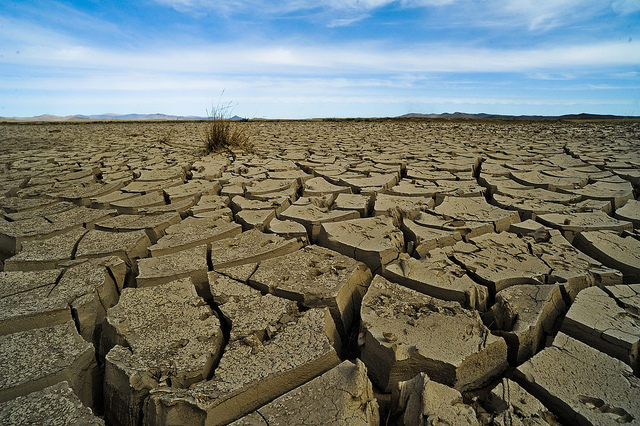 The overwhelming scientific consensus is that human-caused climate change is real, ongoing, and extremely dangerous. For those who missed the most recent data point, February of 2016 was the hottest temperature anomaly in recorded history. That, on top of us having racked up most of the hottest overall years on record during the past decade. And yet, somehow, there are still intellectually dishonest people who stand up and argue that climate change isn’t happening, or maybe isn’t so bad, or maybe will just not be a problem because we’ll adapt (or something, and who needs those ecosystems anyway).

It’s enough to make you want to give up. What’s the point in trying to stop climate change when we keep electing people who are happy to disbelieve it? Isn’t it basically inevitable at this point? Realistically, we’ll be lucky if we can all agree that it’s real before we pass the point of no return, let alone do anything about it.

But I think that’s a pretty dangerous point of view.

They, the climate denihilists, are the people who care, or used to, or would, if only we could show them concrete progress. And, all too often, they are the people we become as grow tired and disillusioned.

I’ve only known climate change was a problem since the early 2000s. And yet, the United States was agreeing to reduce emissions in the early 1990s! That was a devastating thing to learn—that not only have we not reduced our carbon emissions, we’ve slid backwards into pretending the problem is in debate. Evidence has compounded since those early days, and yet our will to change has shriveled and died.

It’s not that we don’t know what to do; it’s clear that using fossil fuels is the single biggest cause of climate change, and that while reducing energy usage and cows and concrete will help, the first order of business simply must be to do away with coal and oil. Nor is it that we don’t have the technology, because the technical problems that remain to be solved are not so big that they can withstand concerted effort.

Thus it is a problem of will. When Kennedy declared that we would put a human being on the face of the moon, the method was unknown and the technology had yet to be invented, and still the force of that assertion was enough. But we aren’t framing climate change as a challenge, we’re framing it as a debate. Instead of mobilizing the best parts of the American spirit, we have mobilized the worst. We are prevaricating, and vacillating, and denying, and some of us are simply giving up.

The climate deniers will still be babbling their denials when their shore-front vacation homes are under water, and their oil wells are collapsing into the melting permafrost, and their shameful terms in elected office have long since ended.