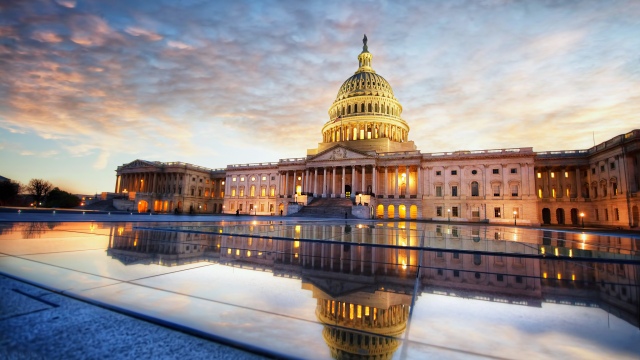 It’s not that I didn’t know Alternate America existed. I knew it did. I knew people believed a whole host of things that, to me, didn’t reconcile with the evidence. Yet, I make of point of being willing to change my mind when presented with solid evidence for a different position, so I assumed, wrongly, that most people would reasonably do the same. Outside of a few hot-button issues where emotions override facts, I figured truth was inherently stronger than fiction, however convenient.

Now that idea seems naïve. Of course the truth is not stronger. Of course the evidence is not convincing to those who don’t want to be convinced. Why did I think it was? The clash between America and Alternate America has been seething beneath the surface, erupting in localized ways, for decades. And yes, Alternate America has been losing a lot of battles, but in response they’ve also been tightening their boundaries and reinforcing their narratives.

That was a smart choice for people who care more about protecting their beliefs than they care about correcting them. Ideology is stronger than truth. I thought it was stronger by a little bit; but it seems to be stronger by a great deal. Mix a potent ideology with a well-chosen narrative, and people will happily ignore their lying eyes.

I’ve been trying to understand how people could possibly believe that host of things that doesn’t match the evidence. But that was the wrong question; the question I should have been asking was “what are the narratives?”

Trump is not a genius in any way, and in most cases he is a cowardly buffoon. But he did, very effectively, show up with the American political equivalent of ice cream for breakfast, lunch, and dinner. We on the “eat your vegetables” side of things didn’t have a good counter, and we still don’t: because saying “the evidence shows that much ice cream isn’t good for you” doesn’t hold a candle to sweet, indulgent, willful indolence. Trump didn’t win on the strength of his policies, which he still doesn’t have; or his business acumen, which has always been bullying and privilege; or his thin-skinned self-absorbed capriciousness, which delighted the media and others like him, but disgusts everyone else. Trump won because he said “Believe whatever you want, like me.”

And suddenly, the worst of Alternate America becomes mainstream thought. A loud slim minority of the country was told they could live in an alternate universe, and responded with “hell yes!”

As I struggle to understand that Alternate America, to find some way to respect it, I keep tripping on my own presumption: that the way you know what’s true is by getting your own opinions out of the way. That’s my bubble—the people around me, by and large, are skeptical of pride, anger, bullying, self-indulgence, fear, and culture. Yet Alternate America leans into all of those as virtues.

In Alternate America, the bottom line is usually strength, and the way you show strength is by wielding power over other people and rejecting nuance or doubt. Alternate America believes power is its own justification, and that there is no place for anyone they see as weak to wield it. Hence, they hate protest and direct democracy; they revile feminism; they scorn gender and sexual pluralism; and they erupt with self-righteous fury when someone dares to affirm those things.

In its darkest form, this apotheosis of strength is the root of deep racism, sexism, and xenophobia. Yet in its lightest form, it is the assuredness of strong leadership. Alternate America leans on the latter as justification for the former.

Too, in Alternate America, people deserve what they get, and so the rich and powerful have earned what they have and should reap no criticism for it. We, too, can have what they have if we only work hard enough. At its best, this is an ideal of hard work and equality; but at its worst, this lets Alternate America see destitution as vice instead of circumstance. It lets them march proudly forward, ignoring the needy, depriving the sick, and damning the poor, and still feel they are in the right.

In Alternate America, there is a story about how their way of life is under threat, and thus above reproach. No price is too high to protect what we have, and there is nothing to spare for any other purpose while we remain threatened. Alternate America begets its own enemies, but never takes responsibility for them; strength cannot yield to responsibility.

Too, even without imminent threat, Alternate America’s culture and traditions are things to revere without question. The old is always superior to the new, and the familiar always better than the different. For Alternate America, despite its demands for individual freedom, identity arises from the tribe. At its best, this yields cooperation and effective group action. At its worst, this is an inability to be self-critical or tolerate change. To recognize systemic racism, systemic prejudice, or systemic failures is to reject culture, and thus to reject the tribe, and thus to have no identity.

Alternate America cannot face its own failures without feeling emasculated, and so it never faces them. It screams media bias when it is contradicted, attacks the other when its policies fail, and blames nuance when its strength proves insufficient.

And Trump said, “you don’t have to accept reality; all your dreams can come true.” But what will happen when they do not?

If you are black in Alternate America, you are a threatening other who deserves what you get for not being submissive.

If you are gay in Alternate America, you are a perversion of strength, adopting weakness as identity, and should be punished.

If you are not an American in Alternate America, you are not worthy of any consideration, except blame and rejection.

If you are a woman in Alternate America, you have a place, but it is always second. If you claim equal right to first place, you deserve last.

If you are liberal in Alternate America the very ideals you hold of equality and fairness are insidious poison for our culture.

Alternate America will not own those things in those words. It will justify what it can, squirm around what it can’t, and ignore the rest. That is not unique to them; that is just what people do.

Yet it will also keep on pushing these ideas into America, and the piece I continue to struggle with is that Alternate America is not some villain in a lair, not some criminal at the door. Alternate America is too big for that—it is our friends, neighbors, and fellow citizens. Alternate America is another world, but it coexists in the same space as ours. It has maintained its place there through carefully-policed boundaries between worlds, but those boundaries have broken down and the worlds are colliding.

Maybe the merging of these two worlds isn’t possible. Maybe it really is a scenario of us or them. Maybe America is and will forever be broken into sides, and only bitter entrenchment lies ahead. I don’t want to think that, because in my America, people change their minds. In my America, people reconsider their narratives based on evidence. My narrative is that Alternate America can’t possibly sustain itself, because it is untethered from reality.

But the evidence is telling me otherwise—that being untethered is making the narrative stronger, and that people, when told they can believe what they like in defiance of evidence, will do so and never look back.

We know, empirically, that narrative is stronger than truth. So why is it so hard for me to believe it? Why do I insist that there must be a counter, must be a solution, must be a way to bridge two worlds? And what in the world should we do if no bridge is sufficient?

I keep returning to the narratives. The answer must lie there, if it exists at all. The only story of America that continues forward united is a story that acknowledges our strengths and failings both. I do not have that story, and it may not be true. But I think to supplant one story, you need another.