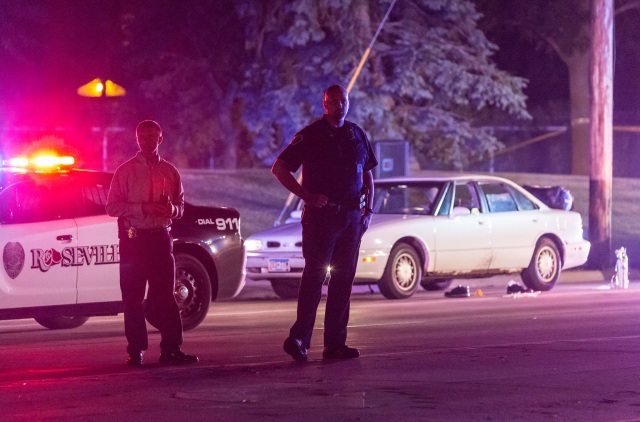 I have been pulled over. I have been in accidents. In both cases, I have interacted with the police. Once I was pulled over for speeding at 1am, which I was, because I missed the transition from 55 to 30. I was doing 60 in a 30, and the cop said “you don’t have a record in New Hampshire, so I’m going to give you a ticket for 45mph instead.” I certainly didn’t fear for my safety.

Once I was pulled over for doing 65 in a 45, along with a dozen other cars, because the police had camped out at the speed limit transition just over a hill, and I didn’t slow down fast enough. It wasn’t fair, but I wasn’t in danger.

Once I was pulled over for doing 37 in a 25, because it was raining and foggy and I missed the sign. I tried to explain that. The cop was surly, and wrote me a ticket for 40 in a 25 instead, and claimed on the ticket that the weather was “clear and dry,” and was definitely punishing me for doing anything other than meekly agreeing with him. But I wasn’t afraid—just annoyed.

Obviously, I am not black.