America needs a new coalition. I know this, because I see Americans marching in the streets, justifiably afraid that this country is not safe for them any longer. I know this because the same people who deride those protesters were, themselves, just a few days ago, talking about grabbing their guns and fighting a rigged election. I know this because a whole lot of people felt they had no one but Trump to address their struggles. I know this because we are a Democracy, and instead of running a candidate in either party who could energize the country, we ran candidates who pit us against one another. Sure, some of us feel like one of those was incredibly far above the other. But we’re tied with the people who thought the same about the other one. We have different value sets.

So I know we need a coalition that isn’t just one side. It’s hard to say that right now, when it feels like so many of us have been betrayed and continue to be hated. It’s hard, but it’s unambiguously true. Half the electorate said so.

So I ask myself, what’s next? This is a democracy. This is the president we voted for. Yes, only barely, but that doesn’t matter. Yes, I am angry that someone who espouses hate for so many of my fellow Americans is now our chosen leader, but he is. What’s next?

Some on the left will riot and declaim Trump. Some on the right will gloat and declaim the left. As they always have. More so now, but Trump is not a normal candidate—he is the most disliked president-elect in history, even by those who voted for him. And he has gone out of his way to make many of us feel we are not welcome. So let’s start there, and here’s what I’m going to do. And I invite you to join me.

END_OF_DOCUMENT_TOKEN_TO_BE_REPLACED

There is an acceptable narrative about social change: that individual choices are the starting point, and that those choices add up, and that if enough people make those choices, change happens. That is a very attractive narrative, because it says that my choices matter. It says that what I do is part of a grand democratic society where, if my choices have majority support, the system will improve. It says that if I use reusable shopping bags, and I buy an electric car, I am making an impact.

That narrative is also, I think, wrong. Or, at least misleading.

As I see it, that narrative is wrong because it pretends that individual choices and systemic choices are the same, and they absolutely are not.

END_OF_DOCUMENT_TOKEN_TO_BE_REPLACED

So I spend a lot of time thinking about leverage, and where it makes sense to focus my limited time. I haven’t found the best places, but, through lots of discussion, I have ended up with a useful way to think about it:

END_OF_DOCUMENT_TOKEN_TO_BE_REPLACED 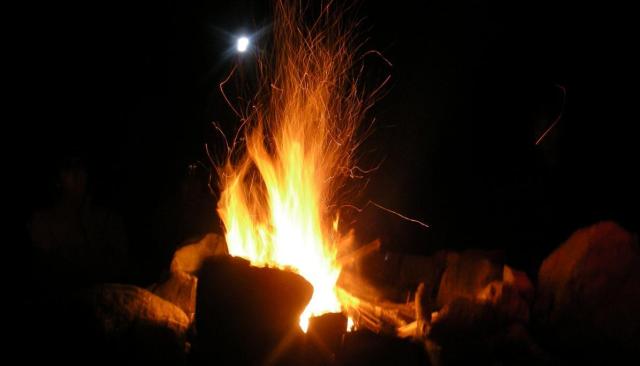 I’ve been thinking a lot lately about how to give feedback. It’s always been a topic of interest for me, since I grew up feeling, and still feel, pretty awkward in unstructured social situations. I appreciate and understand it much better now, because giving feedback has been a big part of my professional life, in Outdoor Leadership, in Wilderness Therapy, in Education, in Writing Support—and in activism. I come to all of those places with lessons from the others. I come to all of those places trying not to repeat mistakes I’ve made in the others. And I see lots of other people giving feedback around me, and sometimes making mistakes I’ve made myself.

The easy mistake is to go straight for the constructive feedback, and to actually be providing criticism when you think you’re being constructive. In some activist communities especially, I feel we’ve lost a lot of the constructive approach. Emotions run high, people put their identities on the line, and slights real and imagined draw quick, acerbic denouncement. Maybe it’s because we’re often online now, speaking publicly to people we only sort of know. Maybe it’s something else. Whatever it is, I feel like my progressive community tends to abandon the middle ground and claim the high ground instead.

I think we need a habit of giving each other feedback, but in a way that improves our community instead of a way that excises things we don’t like. Feedback, I think, should not be battlefield surgery.