In the long dark of winter, I usually long for sun and rain and melt. Like a grouse, I hunker down below the snow, wait out the storms, and dream of spring. After every snowfall, the New England trees shudder, straighten up, and release their burdens in a slightly longer day and a slightly warmer sun.

Like the trees, we weather our nor’easter, shake off the foot of snow, and venture out into the bitter cold and screaming wind that so often follow such storms. It feels like winter today. Yet, it is also one of very few days that feel like winter of late. Just a few days ago, ice and snow came in the night, but it melted into 40-degree rain by morning.

As it has a dozen times this past month. Instead of the deep winter of January and February, we seem to be stuck in a protracted April. January showers bring February showers bring March showers; winter wanders farther north in search of more hospitable conditions

END_OF_DOCUMENT_TOKEN_TO_BE_REPLACED

There are a bunch of people out there right now who want to tell you “support the police” and “blue lives matter.” Many of these people also say slightly more nuanced things like “there is more crime in black neighborhoods so police are needed there” or “there are a few bad apples, but the police need the freedom to act” or “black people would be safe in encounters with the police if they just do what the police tell them.”

But all of those phrases have a missing word, right there at the end where it matters the most.

That word is “unconditionally.”

END_OF_DOCUMENT_TOKEN_TO_BE_REPLACED 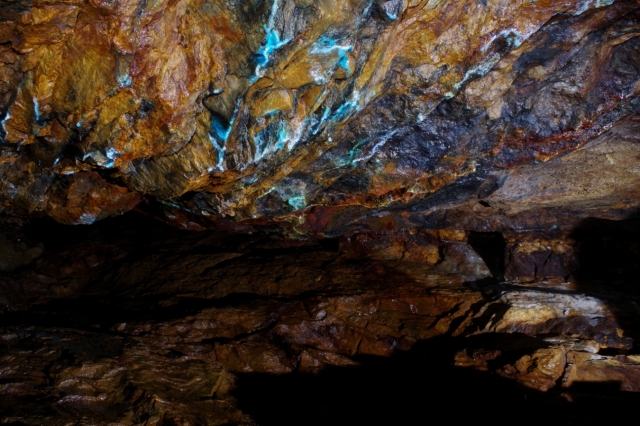 There are places that are quintessentially human, and places that are emphatically other. For my part, I much prefer the places that are other, where humans are less involved and have spent less time paving over the intricacies of nature with their own ill-considered urbanity and ham-fisted simplicity. Entirely human places tend to annoy me, because they so often lack the depth and breadth and intricacies of the world, and instead enable us to gaze comfortably at our societal navels without thought to the foundations.

I had the opportunity to explore a 200-year old copper mine a few days ago. It is a remarkably odd place, not least because it defies categorization in my taxonomy of places. It is an undeniably human place, but it also has an overprint of deep strangeness–of natural processes in the act of reclaiming it.

END_OF_DOCUMENT_TOKEN_TO_BE_REPLACED 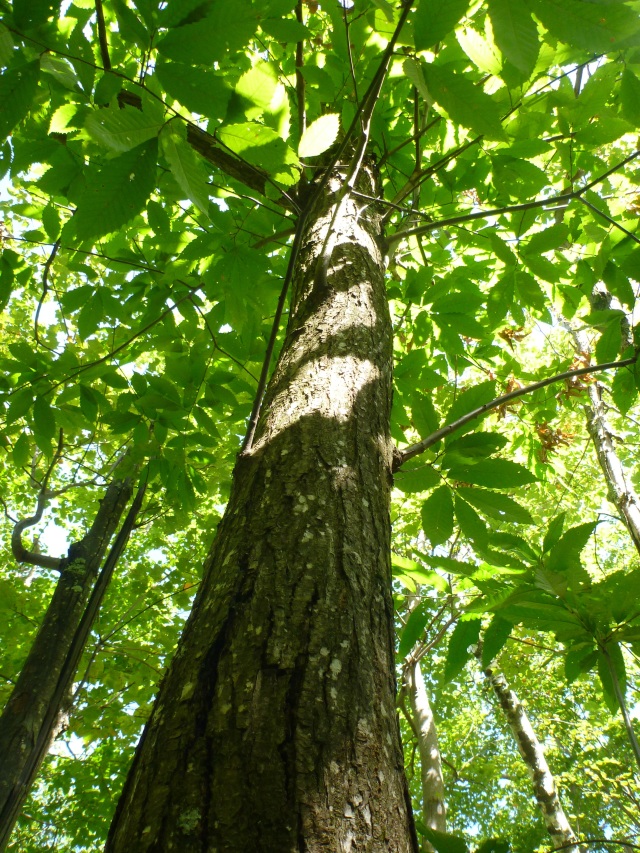 What happens at the end of a system? The American Chestnut used to be one out of every three trees in eastern hardwood forests; now there are a few blighted remnants, a few resistant individuals hiding in the far corners of what few forests remain uncut. The system has moved on, to a sparser, less self-sufficient balance. But what happens when the system can’t adapt? What does it even look like to us, human beings who struggle to think in systems and who shift our baselines faster than natural systems move?

END_OF_DOCUMENT_TOKEN_TO_BE_REPLACED 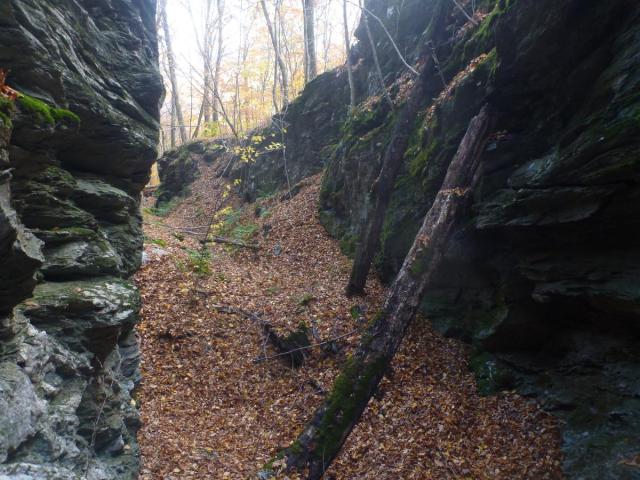 Because I spend a lot of time below ground, the raw marks of geology are a regular part of my life. When I think of bedrock and mountains, I don’t think of them as solid things. They shift uneasily in my mind, and their brittle skins are not enough to disguise restless history. People who live near fault lines or volcanoes remember this; the rest of us generally forget it.

END_OF_DOCUMENT_TOKEN_TO_BE_REPLACED

There is an acceptable narrative about social change: that individual choices are the starting point, and that those choices add up, and that if enough people make those choices, change happens. That is a very attractive narrative, because it says that my choices matter. It says that what I do is part of a grand democratic society where, if my choices have majority support, the system will improve. It says that if I use reusable shopping bags, and I buy an electric car, I am making an impact.

That narrative is also, I think, wrong. Or, at least misleading.

As I see it, that narrative is wrong because it pretends that individual choices and systemic choices are the same, and they absolutely are not.

END_OF_DOCUMENT_TOKEN_TO_BE_REPLACED 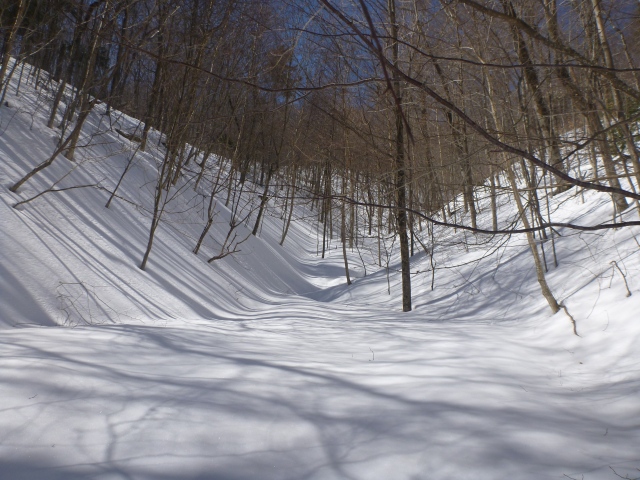 Around this time last year, I parked my car, put on my snowshoes, and climbed the steep mound of snow at the edge of the woods. It was cold, but not terribly so, and the light crust across the surface was just enough to make a pleasant whoof with each sinking step. At lower elevations, the snow inside the forest’s edge was only a foot or two deep, but as I climbed higher it increased to three and more. On the high benches above the valley, a comfortable four-foot thick blanket hid most everything.

I spend a lot of time off trails, wandering and traveling in less-beaten, less-accessible places. The rolling topography of New England woods is flattened by a blanket of snow—transformed, really, into a different sort of terrain. Between wind, storms, glaciers, and time, the less accessible parts of the forest are generally strewn with logs and branches, covered with loose soil and leaves, and scattered with heaps of exfoliated rock. The combination of deep snow, moderate crust, and a few soft inches on top makes jumbled forests into new, glorious highways—for animals, and for people who know to take advantage.

END_OF_DOCUMENT_TOKEN_TO_BE_REPLACED

On a system scale, human beings are short-lived creatures with even shorter memories, so I suppose I shouldn’t find it so surprising that we usually fail to notice change. In a sense, we actively ignore changes by resetting our baselines as we go, comparing the present to the recent past and ignoring what may have happened before.

“Baseline creep” refers to slow changes, even in our individual lives, that are generally invisible. Visit family you haven’t seen in years and someone may comment “how much you’ve changed,” even if, from your perspective, nothing much has. Your baseline changes as you grow and age, but they are still comparing you to who you were a few years before.

Baseline creep also affects our social memory, especially from generation to generation. Things that fall out of our immediate experience also often fall out of our awareness. Few human beings now alive can recall when flocks of millions of passenger pigeons darkened the sky for hours at a stretch, or when the giant American Chestnut was the most common forest tree east of the Mississippi. Few of us who do not remember have any idea that these things were true. Their absence is human-caused and dramatic, but we scarcely notice.

END_OF_DOCUMENT_TOKEN_TO_BE_REPLACED

So I spend a lot of time thinking about leverage, and where it makes sense to focus my limited time. I haven’t found the best places, but, through lots of discussion, I have ended up with a useful way to think about it:

END_OF_DOCUMENT_TOKEN_TO_BE_REPLACED

For someone who takes a lot of interest in the structures that underlie societies, I have to confess that it took a long time for me to realize that ideas and structures are not distinct. I spent a lot of energy being frustrated by things that, to me, seemed wrong and unconscionable. In many ways I still do, but I’ve also found a better framing to help me understand how bad ideas persist.

Ten years ago, I would have said that bad ideas are a result of greed, corruption, lack of empathy, or intolerance. For example, why do people constantly argue about getting rid of social programs, alias lazy welfare queens? Easy—they’re greedy and unempathetic and don’t care about anyone but themselves and their friends. If they stopped to think for one second about other people, they’d realize that the problems are structures, not people.

I think it took far too long for me to realize the double standard of that statement.